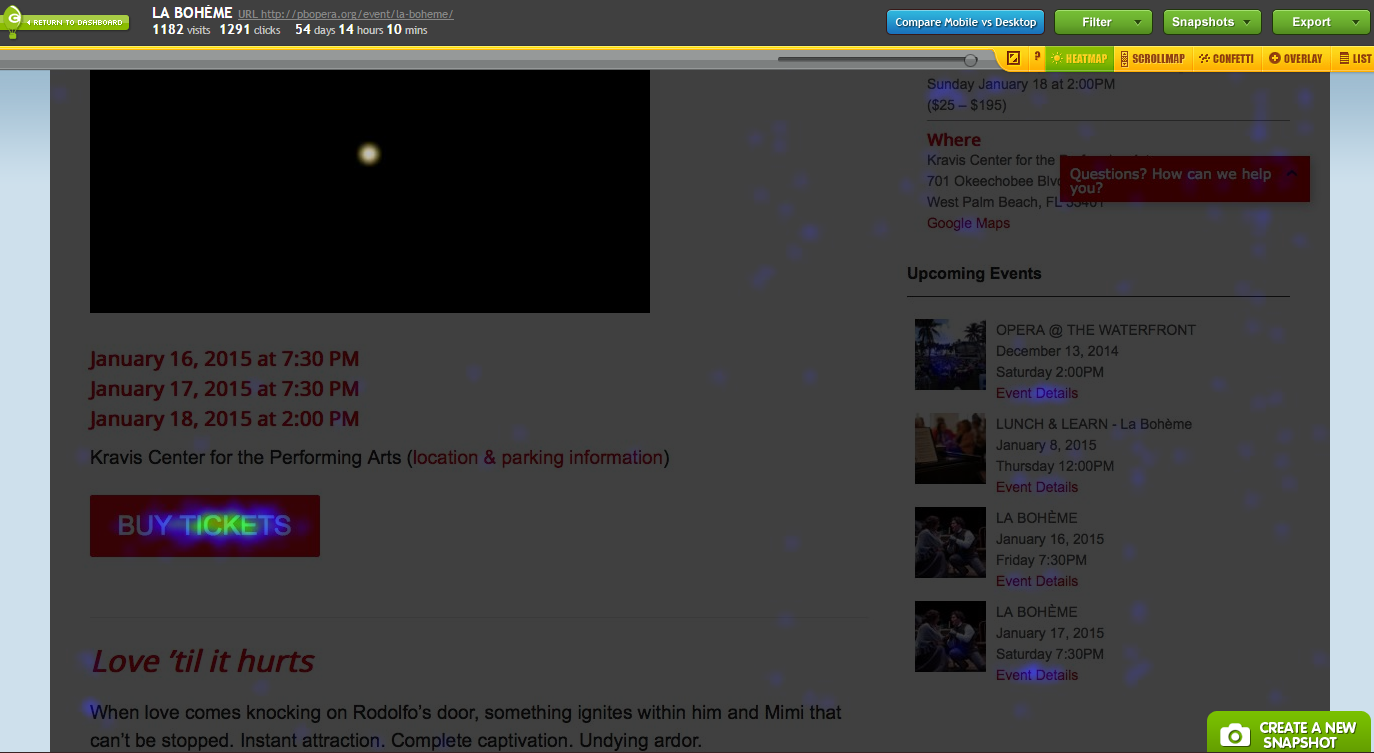 If you know me even just a little, you know that I love data. Especially in the field of arts marketing because we tend to have our own preconceived notions as arts marketers on what “our people” like, what they want, and how they behave. Good data can either back that up or contradict it and put you on the right path. This is so true with websites. In my travels, I find that most arts organizations are very concerned with how their website looks which is understandable because we are so … Read more 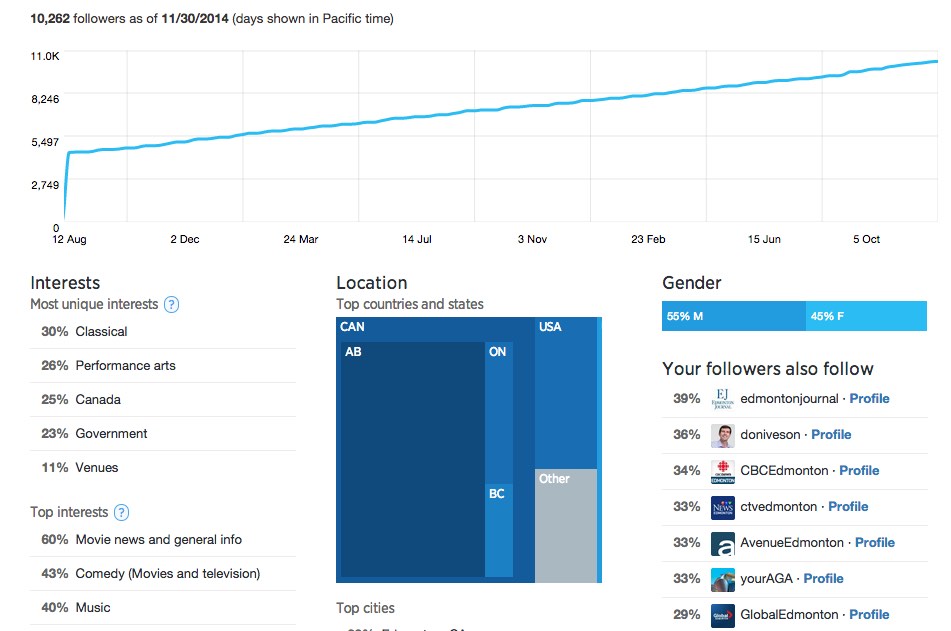 Did you know that you can access analytics about your Twitter followers, impressions and engagement, for free, right in your own profile? Twitter sure doesn’t make it obvious unless you’re already using Twitter ads / promoted tweets.

But even if you’re not planning a paid campaign on Twitter, you can still access analytics for organic tweets by “signing up”. You’ll only get impression data for tweets made after you sign up (lack of historical info seems to be a new development), but there’s still a wealth of information to be gleaned about your existing followers.

To get started, visit https://analytics.twitter.com while logged in to your Twitter account. You’ll be prompted to set up your payment account and start a paid campaign immediately, which you could do if you want to dip your toes in those waters; actually running a campaign is optional, though.

You’ll need to post a tweet or two before you start seeing data, but take note of the “Export data” button on the right side of the Tweets page. Hit this to download a .csv file that lists activity (retweets, replies and favourites) for all your tweets going as far back as October 2013, depending on how much you tweet. It will even show you the exact minute the tweet was posted, for those that are interested in see what time of day your tweets do best. (Hint: you should be interested.) Impressions and some other stats won’t have historical data, but should populate going forward now that you’re signed in.

Once you have data, clicking on a individual tweet shows you even more granular information.

Click on “Followers” at the top of the page to see a demographic analysis of your followers – from location, to interests, to which other accounts your followers are also following. Might be nice to know which local media outlets your followers prefer (at least on Twitter), right?

Of course, with great power comes lots of follow-up emails from Twitter encouraging you to spend money on advertising. Whether or not you choose to go down that road, Twitter Analytics is a powerful tool that could very well change the way you tweet.