What’s In a Nme: Part Deux

Back in April I skewered bad twitter handles and the regrettable word abbreviations that result from the character limit (while telling you how to easily change yours), and Arts Hacker editor in chief Drew McManus suggested I follow up with some examples that keep your organization’s initials intact.

By the way, did you know you probably use an initialism, not an acronym? If an abbreviation forms a pronounceable word like LASER (Light Amplification by Stimulated Emission of Radiation) or RADAR (RAdio Detection And Ranging), then it’s an acronym. If you say each letter individually, like FBI (Federal Bureau of Investigation) or NSA (please don’t read my emails), it’s an initialism. Now that you know that, you too can be the most pedantic person in the office! 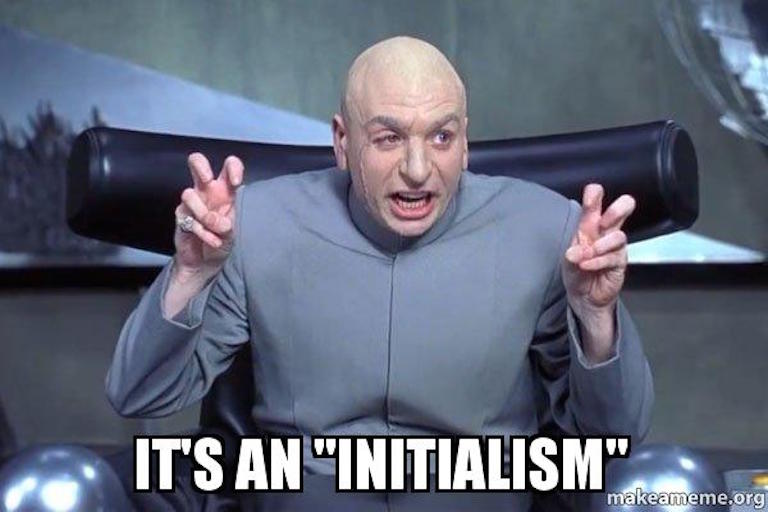 On to a few examples that I’ve come across:

@ASOrchestra
It’s your initialism, plus the daily recommended intake of rchestra.

@ASOtweets
It’s not just a twitter handle; it’s a sentence!

@yourASO
Let’s be honest: you hate saying it, but your Executive Director loves it. Because community engagement.

@theASO
Let’s be honest: this is what everyone calls it anyway.

I’d have to recommend against using underscores or dashes, as in @A_S_O. Not only do they look funny, but you have to hunt for them on your smartphone keyboard. I know, society is shallow. Deal with it.