Mastering The Art Of Screencaps

How many times have you endured the frustration of exchanging half a dozen email messages when one would have sufficed due to a lack of visual frame of reference for something like a specific element within a website or a piece of print material still in the design stages? Fortunately, one of the most useful skills you can develop to cut through the frustration and get the feedback you need is learning to master the art of the screencap (also known as a screenshot).

Most operating systems (OS) and/or devices have some method for capturing still images; unfortunately, there isn’t one method that works across each device but mastering each variation is still a straightforward task.

These instructions come right from the official Microsoft Support resources.

These instructions come right from the official Apple Support resources.

When it comes to taking screencaps, Android is a real pain in the neck due to the fact that the process isn’t the same for every device and/or version available. You can check with your device’s provider to see if there’s an inherent method or my advice here is simply take advantage of a third party app solution.

After spending some time with screencaps, one of the more common frustrations you’ll encounter is how to capture a screen with content that requires scrolling. To that end, and if you’re not averse to spending some money to make the entire screencap creation, annotating, and sharing process easier, you should consider any of the following options:

Of these options, the one from TechSmith garners consistently high reviews and has been around for several years. Having said that, it is not without its flaws, which include routine scroll capture bugs in Chrome browsers and mediocre technical support (which, ironically, is still better than its competition). 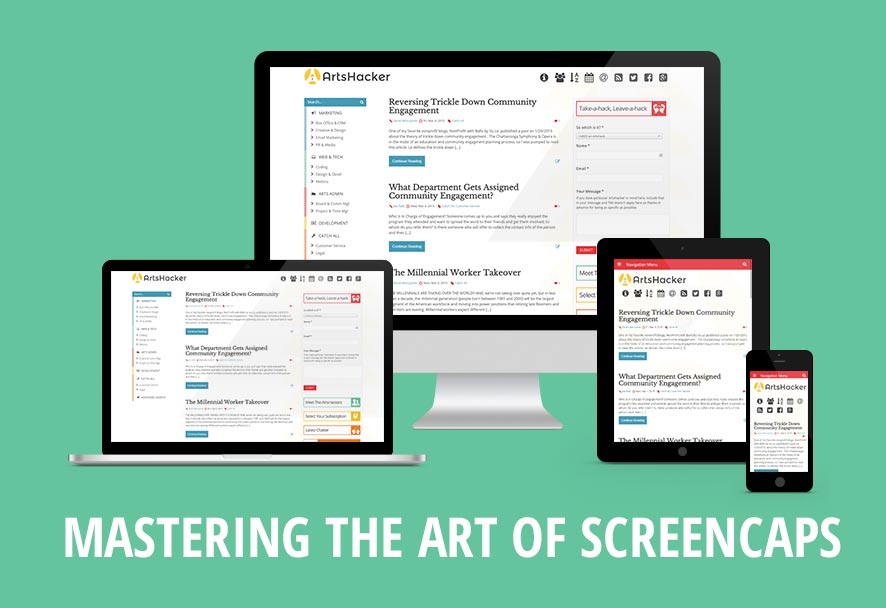 6 thoughts on “Mastering The Art Of Screencaps”