How Are We Celebrating Women’s History Month? 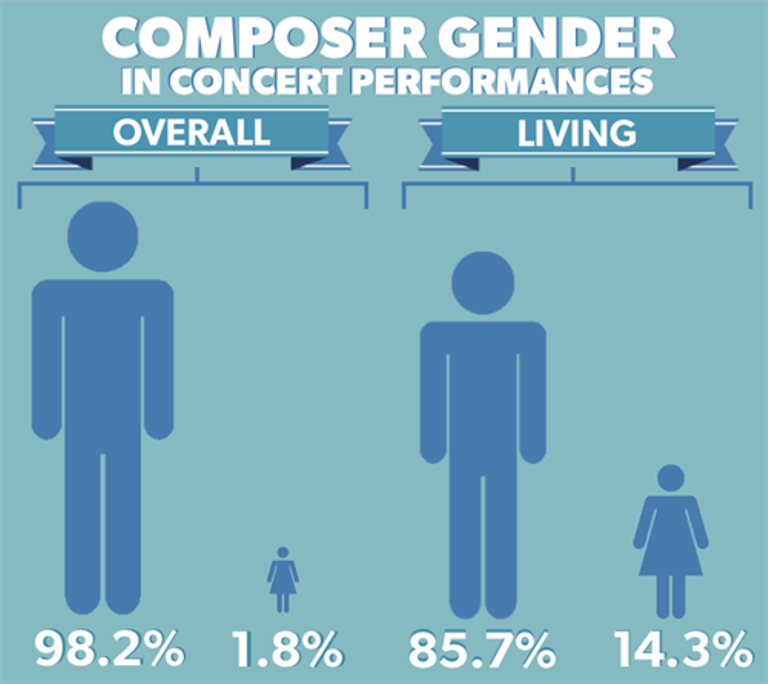 March is Women’s History Month and on March 8, many celebrated International Women’s Day by lauding the accomplishments of women and by pointing out the many issues that still affect women.

The Chattanooga Symphony & Opera is doing it’s part to celebrate Women’s History Month with a performance this Thursday of Jennifer Higdon’s Violin Concerto.  Not only is the concert featuring a piece by a female composer, the soloist is a female, CSO concertmaster Holly Mulcahy, conducted by a female conductor, Kayoko Dan. The CSO also has a full-time staff of all females.  We are woman, hear us play and administrate classical music!!

While women at the helm is obviously not a rarity in Chattanooga, it is in many other orchestras and arts organizations around the country.  And it’s perhaps even more of a rarity in the classical composition field.  On the Baltimore Symphony Orchestra’s “Stories” page, Ricky O’Bannon posted “By The Numbers: Female Composers, an article detailing the small numbers of female composers from a BSO study of 21 different, mostly large sized, orchestras.

15% of the compositions performed were by women composers; a number that may not be surprising, but perhaps should be.  We’re probably not overlooking compositions by women on purpose; rather overlooking them because they would be considered “new” or “unfamiliar to the audience” music, much like many compositions by men.

As organizations begin to program 2015/16 and beyond and as you look to future community engagement and educational programs and celebrations of culture, look at how to include a diverse, year long celebration of all peoples and cultures.

1 thought on “How Are We Celebrating Women’s History Month?”