Using The Zeigarnik Effect To Become A Better Manager

Per lawsofux.com/zeigarnik-effect, here’s how the Zeigarnik Effect is defined:

Bluma Wulfovna Zeigarnik (1900 – 1988) was a Soviet psychologist and psychiatrist, a member of the Berlin School of experimental psychology and Vygotsky Circle. She discovered the Zeigarnik effect and contributed to the establishment of experimental psychopathology as a separate discipline in the Soviet Union in the post-World War II period. In the 1920s she conducted a study on memory, in which she compared memory in relation to incomplete and complete tasks. She had found that incomplete tasks are easier to remember than successful ones. This is now known as the Zeigarnik effect. She later began working at the Institute of Higher Nervous Activity which is where she would meet her next big influence Vygowski, and become a part of his circle of scientists. It was also there that Zeigarnik founded the Department of Psychology. During that time, Zeigarnik received the Lewin Memorial Award in 1983 for her psychological research.

This is an excellent example of a UX law that helps dictate how to construct a multi-part process, let’s look at some real-world examples.

There are numerous online examples where the Zeigarnik Effect can help improve multi-step processes, which by their very nature can discourage user participation if the user feels like the process is unnecessarily long or requires them to leave the process to gather information.

Creating a new account and event/class registrations are two common components but I’m going to use a more challenging example: the process for a new ticket buyer to select a reserved seat ticket.

It’s rare for nonprofit performing arts organizations to spend much time designing their online ticket experience around the new ticket buyer. When designing UpStageCRM, we made sure to rectify that oversight by creating a user test group comprised entirely of individuals that have never purchased a ticket to an arts and culture event. The results were fascinating:

The process begins by asking users how many people are in their group. Note the conspicuous “Back to Tickets” link above the progress bar.

We discovered that providing a way to exit the process before completion was critical to preventing user frustration over being forced through a process.

There are three remaining paths in the process ticket buyers can complete. But instead of forcing a specific option, we embraced the discovery aspect of the Zeigarnik Effect and designed the process so they controlled the order.

Asking the ticket buyer what’s most important to them created the strongest conversion result along with the highest satisfaction levels at the end of the process.

In our system, each organization can assign up to five seat characteristics per event. Those are then provided to the ticket buyer to help narrow down seat options that most valuable based on their desired.

The ticket buyer will be offered the opportunity to go through each remaining option and instead of forcing them through the process, providing a few key pieces of information will help reinforce that artificial progress toward the goal of finding their ideal seat.

It’s worth pointing out that asking ticket buyers about their budget for tickets instead of how much they want to spend didn’t decrease the likelihood of them buying tickets at the higher price points. But showing the full range and offering the option of including taxes and fees produced higher conversion results.

Regardless of whether the ticket buyer opted to complete every possible step in the process or skipped to the end, the system confirms their options and allows them to amend or continue.

We discovered that new ticket buyers developed a much higher degree of trust when we presented more than just the tickets that are exact matches.

We dubbed this step of the process the “joy moment” when the ticket buyer feels that tiny rush of emotional satisfaction from seeing the system accommodating their preferences instead of forcing them into seats the organization wants to push.

That joy translated into higher conversion rates with ticket buyers feeling confident and satisfied with their purchase.

Once the ticket buyer clicked past this point in the process, they would enter the familiar seating map interface with their options highlighted. At this point, if the organization added the content, the ticket buyer could view the stage from their seat or bookmark favorites to compare before purchase.

Show Yablonski some love and order one or more of the posters he designed for each practice covered at lawsofux.com, which is completely free to use. You can purchase them at his online store. 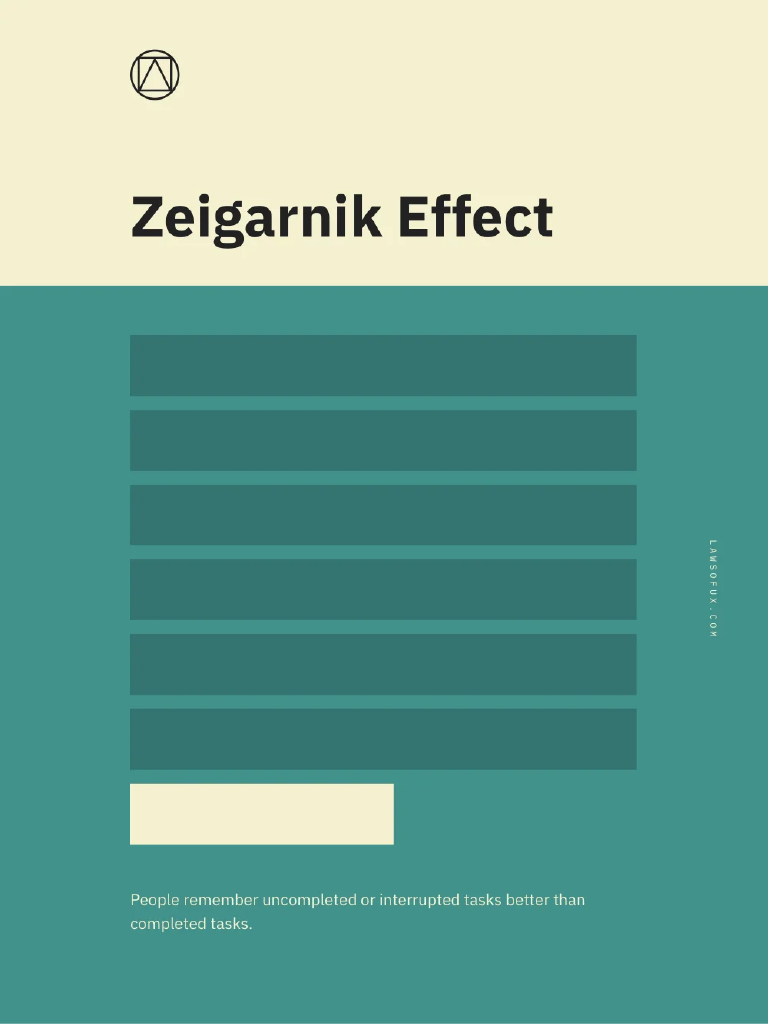