Twitter is on a role with controversial changes lately, and one imminent update is very hard to like, and will certainly not go down as anyone’s favourite. Last month, Twitter announced they will discontinue share counts in their API.

Translation: you know those social sharing buttons at the top of this post that help you share this page on Twitter and Facebook? (Feel free to try it now.) As of November 20th the Twitter button isn’t going to be able to display how many people have done so. All of the third party services that provide sharing buttons like these, one of which you may very well use on your website, will be affected.

On October 12 on the Cision blog, Jim Dougherty posted an overview of why Twitter is making this change, why the share numbers are important, and a couple of ways to mitigate the impact.

Needless to say, this has thrown sharing services and content generators for a loop, and so far no simple workaround has emerged. Some social sharing plugin developers are offering their users the ability to edit the number of Twitter shares manually after November 20th, based on what they can track, but that’s hardly an equivalent solution.

Unfortunately there’s not a whole lot you can do, but if you use a social sharing plugin that shows share counts, take some time this week to visit the developer’s website to learn how the change affects your plugin. 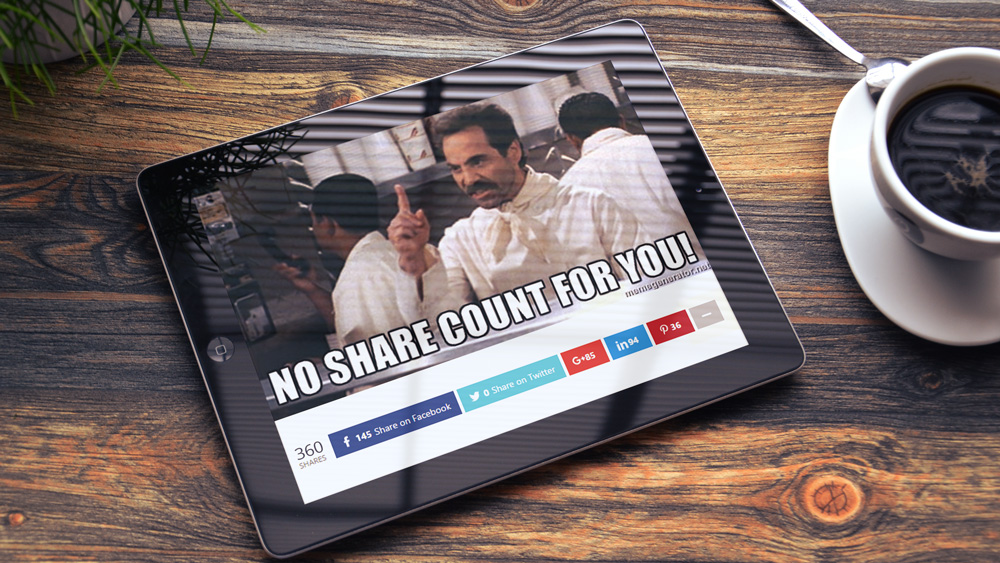 Editor’s Note: here at ArtsHacker, our social sharing functionality has introduced measures to help deal with this change that includes the ability to record and display direct shares from the site via an internal counter as well as the ability to manually adjust the count to reflect anything we notice going on via Twitter that we can no longer tap into via the API share count. We strongly suggest following the advice in the article and contacting your web provider to see what options exist for you.