Protecting Yourself Against Embezzling Grannies

Every couple months the treasurer tells our board of directors how easy it would be to embezzle funds due to the lack of sufficient checks and balances. She is especially wary of the fact that current technology allows her to have the bank generate checks at her request rather than having to issue a physical check.

The organization is lucky because she has taken the lead on creating better processes and policies, including moving the bulk of the money to an account that is more difficult to access and takes longer to generate checks from.

Every time she brings the topic up, everyone laughs because she is a trustworthy grandmotherly type. It is inconceivable that she would actually perpetrate the things she suggests.

But of course, that is the problem. The reason why non-profit fraud is so easy to commit is because few people want to question the honesty of a person who has devoted their time to helping a charitable organization do good in the community.

Unfortunately, as the archives of the Non-Profit Quarterly can attest, there is a very long list of instances where people have exploited this level of trust.

One of the stories that appears there was profiled on the For Purpose Law Blog where they describe a woman who sounds a lot like the treasurer of our board.

In a recent case, a town’s kindly librarian was eventually discovered to have embezzled hundreds of thousands of dollars from the town’s little league team. Because of the small community’s camaraderie and long-standing friendships, there were no controls at all on money coming into or out of the organization. This grandmother gladly volunteered to take care of everything. When the crime was discovered, there was more than money lost; community members felt a keen and lasting sense of betrayal. 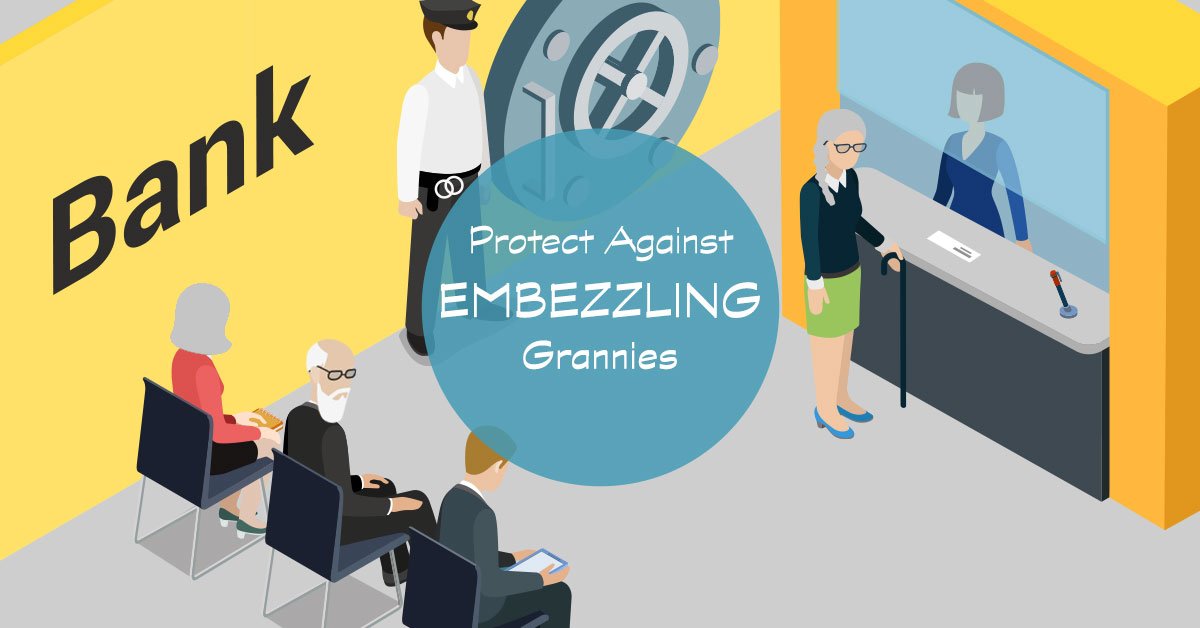 As For Purpose Law notes one of the issues characteristic to small and medium non-profit that makes fraud easy is the high turnover in staff as well as insufficient staffing to keep the collection, recording, and disbursement of funds segregated. Anyone who will insure you against this type of fraud will insist that your procedures keep these functions separated.

Other factors built into the very nature of non-profits include:

First, many nonprofits have significant amounts of cash and checks coming in from various sources, and in casual and sporadic spurts. This feature creates openings for skimming by employees or volunteers. Second, certain nonprofits distribute grants or scholarships and financial aid to other agencies or to individual recipients. This feature creates opportunities for misappropriation, misuse of funds, or other abuses.

For example, a rogue employee may set up a fake identity “that bills for goods or services the organization does not receive. In some instances, goods or services may be delivered but are marked up excessively, with the proceeds diverted to the employee.” Or a worker may set up a “pay-and-return-scheme” that results in overpayments that are eventually embezzled by the employee.

Close personal relationships can make you reluctant to implement strong policies for fear of offending people with an implied lack of trust. If the conversations are clearly focused on the intent to create a strong framework to insure the groups the organization helps are well-served when the time comes for a new person to assume the treasurer/executive director/fiscal officer/fiscal staff position, it can help keep the process from feeling personal.

There are a number of good sources that provide guidance for internal controls from organizations like Blue Avocado, The Council of Non Profits, state governments like Ohio.  Even if you are a very small non-profit, there are bare bones controls you should institute.

The title of this post may seem a little sensationalistic, or at the very least unfair to perfectly trustworthy grandmothers everywhere. But the sense of betrayal everyone will feel when the fraud is discovered is akin to having a kindly grandmotherly type cheat you, regardless of the type of person who actually perpetrates it.