Using your personal cell phone for work in no fun. But that’s the reality for most arts managers inside a field where having a chair with four legs of equal length is a mid-career milestone! Major cellular carriers routinely conspire to keep prices high and over the course of 2015, they ushered in a new reality of increasingly convoluted plans and contracts. Fortunately, Google decided to throw its hat into the cellular provider ring and in March, 2016 they opened up their Project Fi service to the general public. That’s when I decided to test the waters and switched my business cell service from Verizon to Google Fi. Simply put, the results have been extraordinary.

In a nutshell, Google’s Project Fi is designed to be a simple to use, reliable cellular provider with an easy to understand usage plan and billing. It’s so straightforward, you may end up spending time looking for gotcha style loopholes that simply don’t exist.

Creating an account is every bit as simple as Google claims. It took me less than five minutes per phone/line and I did the entire process for both phones using my iPad. 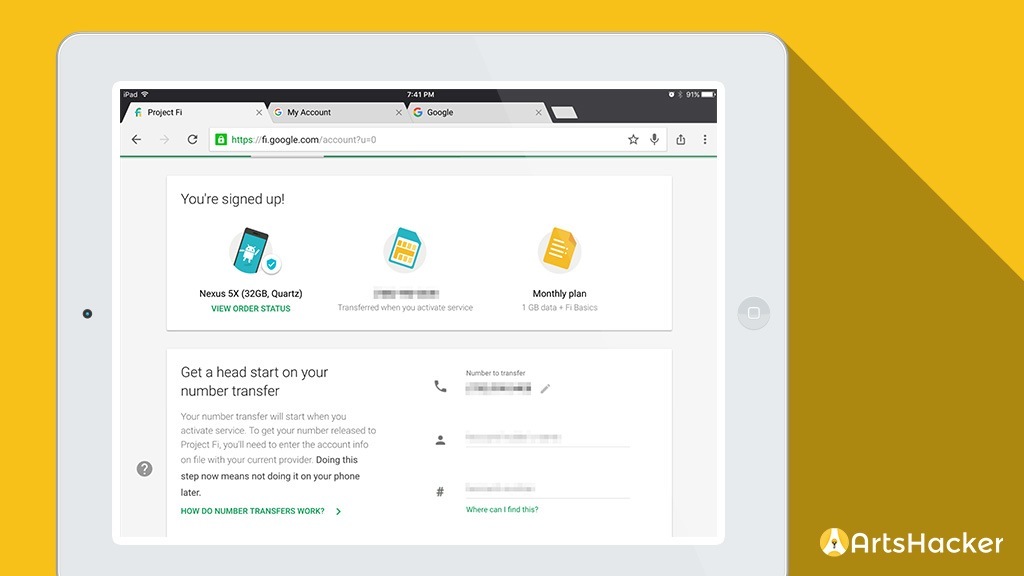 Transferring the number was straightforward as well although I did encounter issues with Verizon and Google not playing nice. In both instances, a call to Google Fi support was required but they managed to sort things out and once that was settled, the actual transfers completed in under an hour.

This is perhaps the only aspect of the service that failed to meet Google’s projections. Transferring settings, apps, and data took substantially longer than Google’s documentation indicated and in both cases, multiple calls to Google Fi support were required. All in all, both phones racked up nearly four hours of time to complete the transfer process.

Having said all of that, the process wasn’t any worse than data transfers I’ve experienced on other carriers, but it decidedly wasn’t any better either.

To that end, and until Google rolls out some updates to address the issue, you’ll need to keep in mind that each third party app migrated to the new phone triggers a separate update/restart process. The system won’t download and install all of the updates first then implement a single update oriented restart, which means you’re going to chew through a lot of time; the more apps you use, the longer the process.

In my case, both phones had approximately two dozen third party apps so in order to cut down on the wait, you may want to delete any from the old phone you don’t really want to use prior to initiating the transfer process.

It’s worth pointing out that my pervious provider, Verizon Wireless, had terrible signal strength where I’m located in Chicago. It was so bad, that I had to use a network extender, which routed calls through my high-speed internet connection so in a very real sense, I was already using a Wi-Fi connection for both data and calls (but Verizon was still charging me for it!).

Once the new Google Nexus 5X phones were set up, their call strength and quality were just as good if not better than calls on the Verizon network. Moreover, data transfer speeds were amazing, 90Mbps download and 20Mbps upload (that’s twice as fast as my iPad Air connection on the same wireless network). 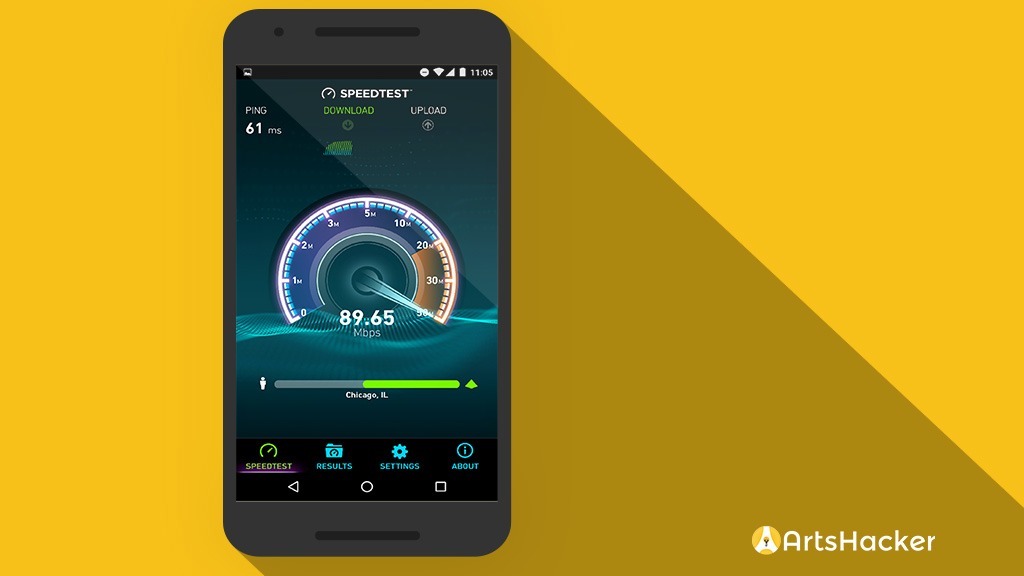 You will want to check Google Fi’s coverage map and test your office’s wireless network speeds in order to get a better idea of potential results.

Say goodbye to Battered Cellular Provider Syndrome. Working with Google Fi support is by and large a pleasure compared to traditional carriers. Support is available via phone, chat, or email and I used all three in order to experience any differences.

I did notice email support tended to be far more RTFD than I would have liked, but live chat and telephone support were far above average.

Simply put, this isn’t a phone review. In my case, I purchased two Nexus 5x devices and both have been a genuine pleasure to use. Having said that, I’ve always liked Android OS over iOS and Windows but if you want to learn more, there are ample reviews available online.

PROS AND CONS OF USING GOOGLE FI FOR BUSINESS SERVICE 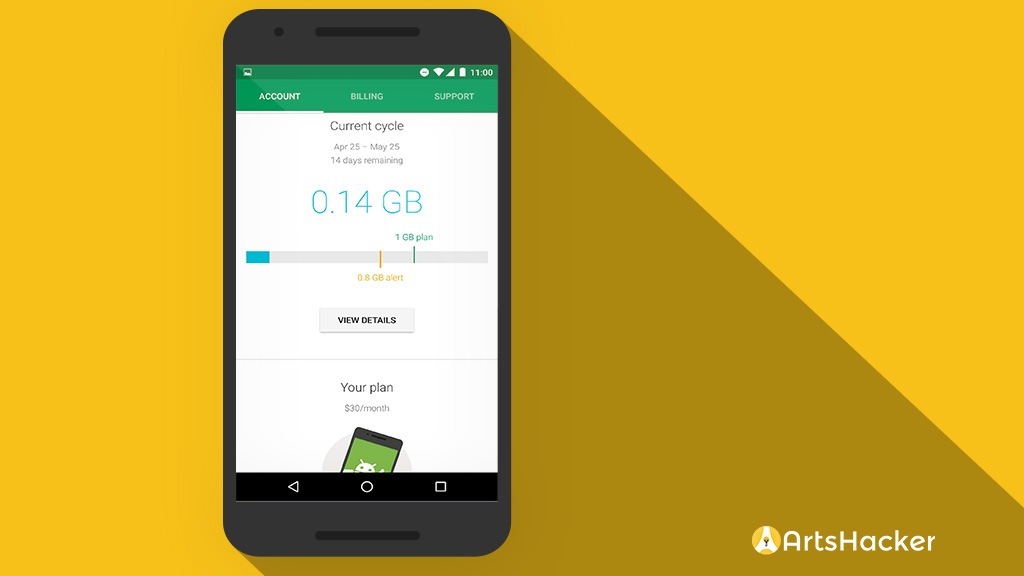 Google’s Project Fi is a superb option for everything from one-man-band operations to mid-size organizations. The affordable price point for such a solid and reliable offering opens the business cellular option to hundreds (if not thousands) of small to mid-size performing arts organizations that would otherwise be unable to afford the option. 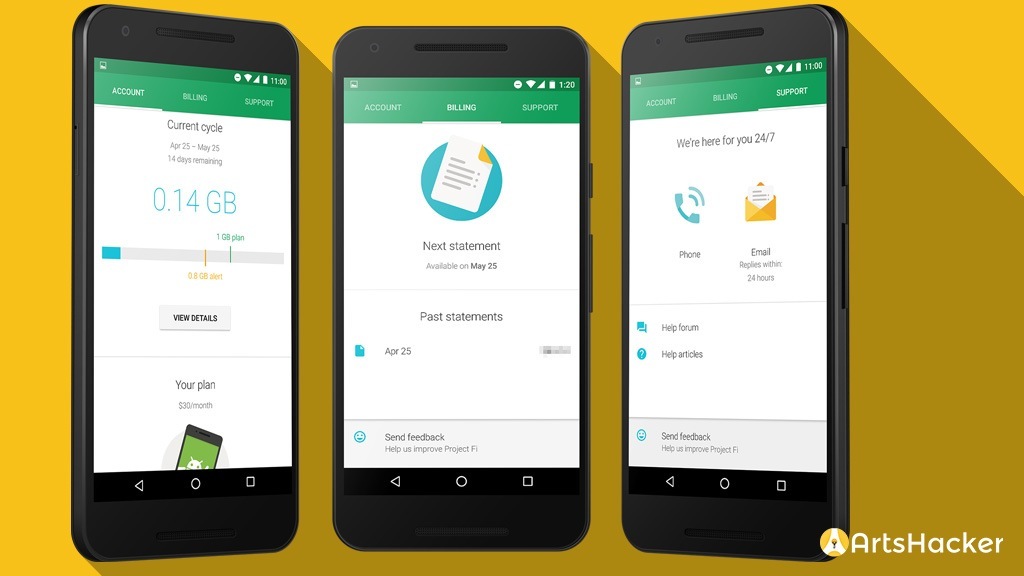 Disclosure: Google did not provide any devices nor did they provide any discounts or complimentary plans for the purpose of this overview. All phones and plans were purchased at market price and all material here is provided via first-hand experience as a new user migrating from an existing cellular carrier.