Today is a key date for Congress to nullify the Federal Communications Commission’s repeal of net neutrality protections. The Congressional Review Act affords Congress the ability to overturn federal regulations, such as the FCC’s decision to end net neutrality.

There’s a terrific tool at https://www.battleforthenet.com with ready-made tweets for each of your representatives along with indicating which are supporting the restoration of net neutrality and those that are not yet taking a stance. 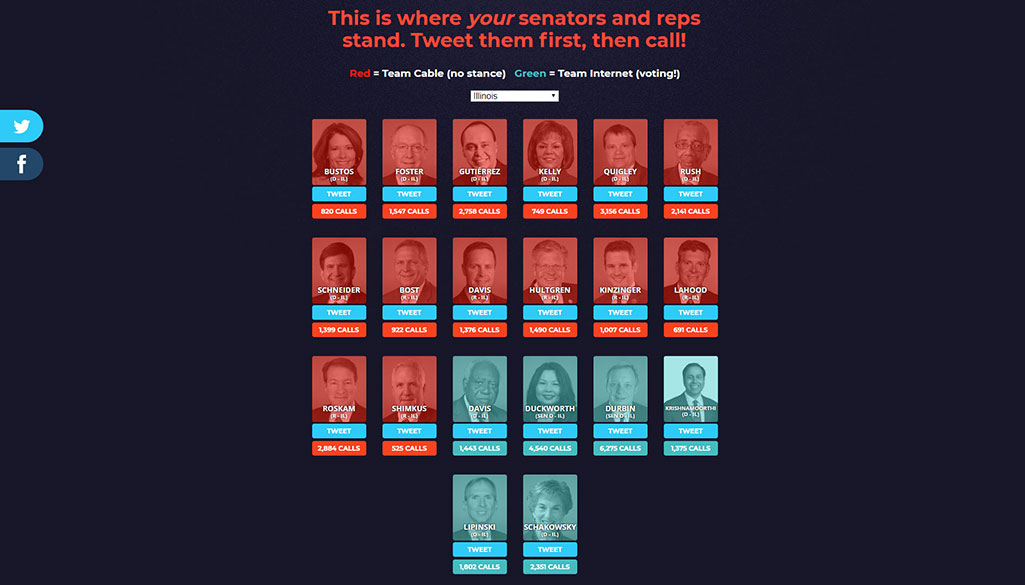 All you have to do is select the “TWEET” button to send a notice thanking them for their support or encouraging them to make the right decision and support net neutrality. Selecting the calls button will provide a sample script and connect you with the representative’s office.

It couldn’t be easier.

And be sure to select the “View All” link in order to reach out to senators from other states.

If you an entrepreneur and own your own business, go to https://www.businessesfornetneutrality.com and sign the letter telling representatives why losing #NetNeutrality would hurt your ability to reach clients and help reach mission oriented goals.