There is a lot of talk about whether patrons will pay for digital content. I’ve always been (even pre-pandemic) in the camp that people will pay for great content. There is data coming out which shows definitively that people are indeed willing to pay for this type of content and some that shows they actually are. 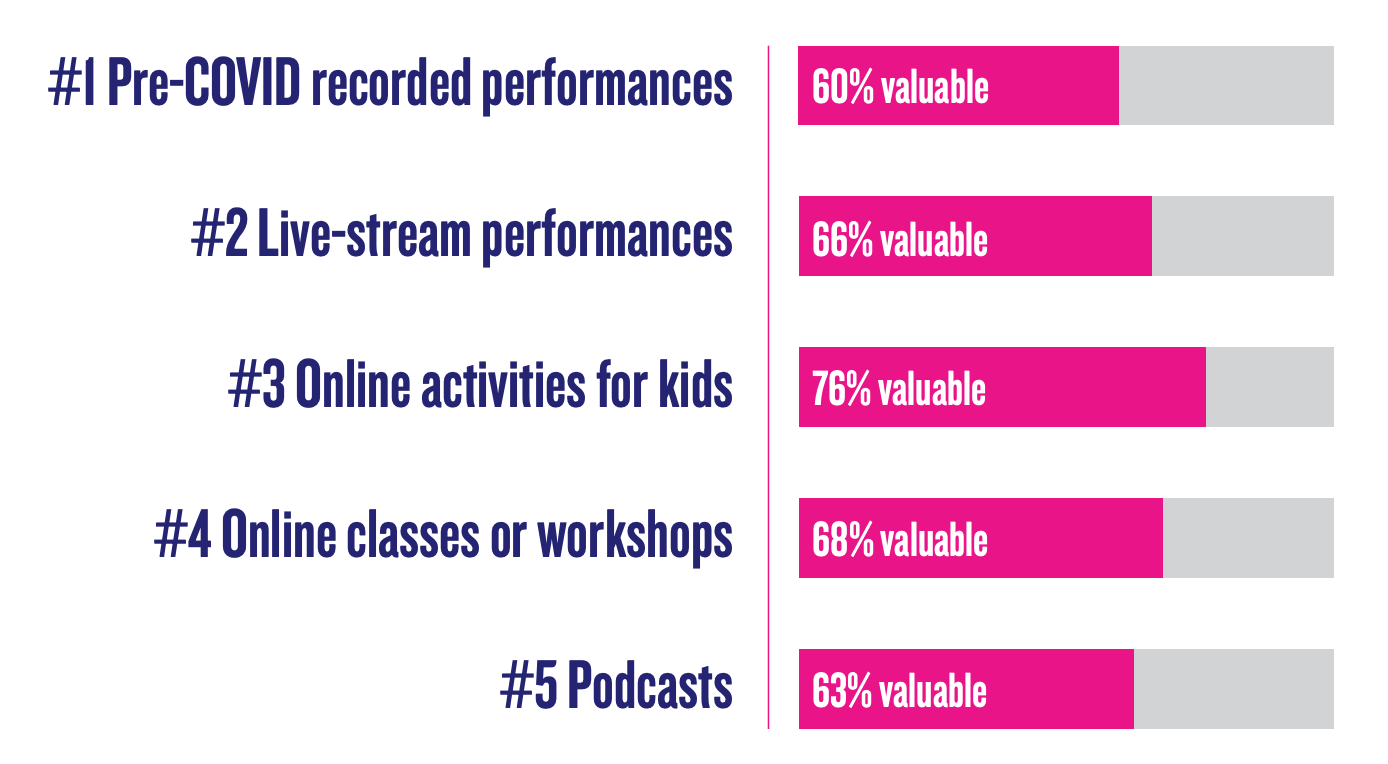 We also can see in the same report that organizations are seeing participation in digital programs from many people who have never attended in person. The percentages go up to as high as 74% which is quite telling.

A recent article in the New York Times itemizes some recent and upcoming paid livestreams.  One example of the demand for this type of content is a recital by opera superstar Jonas Kaufmann produced by The Metropolitan Opera that was viewed by 44,000 people at a cost of $20 each. Yes, 44 THOUSAND people.

The Westmoreland Museum of American Art (located just outside of Pittsburgh) sold out every single one of their virtual summer camps in less than a day.

Florida Repertory Theatre‘s 2020 virtual gala which featured a number of performances raised the same amount as they do at their in-person event but also saw a marked increase in the number of people who participated.

These are just some of the examples that illustrate that people will pay for digital content. If your organization is contemplating whether or not to charge for a program or livestream, I would encourage you to try because you won’t know until you try.