When it comes to a performing arts venue’s security measures, it’s easy to see why there’s been a sharp uptick in concern over the past few years. I recall a session from the 2016 Arts Midwest Conference titled Venue Safety and Security: Protecting Public Assemblies in the 21st Century.

There have been several similar sessions across the performing arts conference circuit and as a result, arts venues have been updating and refining their policies and procedures.

Undoubtedly, we’re all better off as a result of these efforts but is there a point where groups can go too far? Can policies become counterproductive and turn into one more reason patrons stay away? 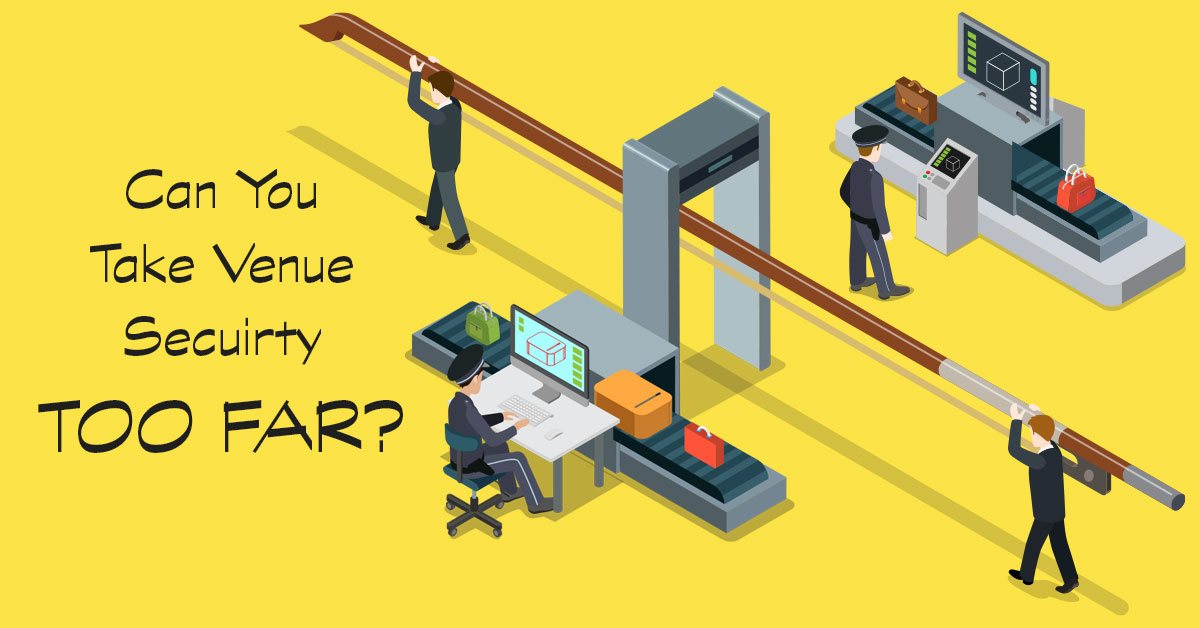 Recently, Fort Worth’s Bass Performance Hall experienced some negative press when the venue’s security personnel ejected Fort Worth Symphony Orchestra (FWSO) music director Miguel Harth-Bedoya for bringing his daughter’s violin into the lobby during a Fort Worth Youth Orchestra concert his daughter was a performer.

Harth-Bedoya posted a video during the episode to his Facebook wall and the Fort-Worth Star-Telegram published an article Azia Branson by the following day.

The article included a comment from Dione Kennedy, president and CEO of Performing Arts Fort Worth, which operates Bass Hall, saying that all the venue’s resident organizations, including the FWSO and Harth-Bedoya, were informed of the heightened security policies that went into effect 1/17/2017. 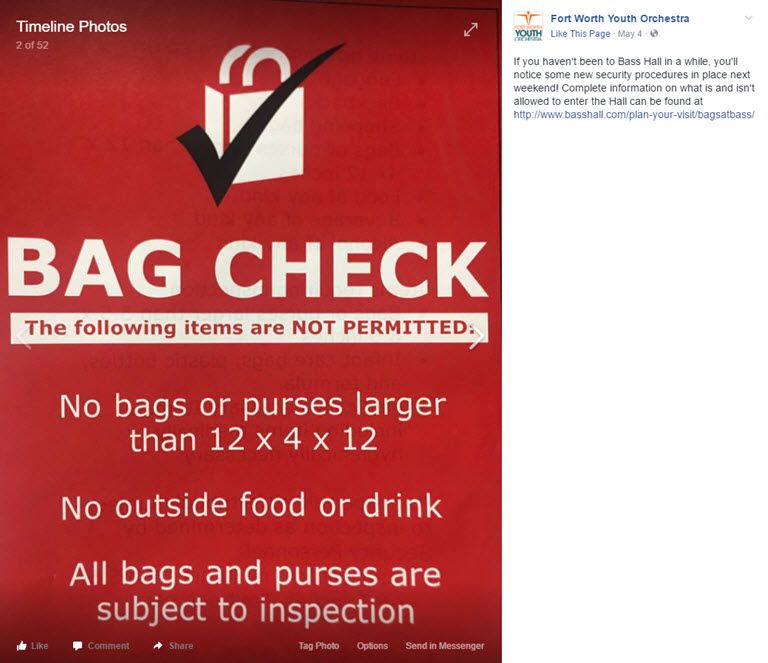 The more comprehensive online version includes a list of items not permitted to enter the building and those that require inspection but nowhere does it reference musical instrument cases.

Even security stringent airlines have Department of Transportation rules governing musical instruments and their cases. Both unions and performing arts service organizations have worked together to pressure legislators to craft regulations that have provisions for musicians and other artists to travel with cases of unusual shapes and sizes.

Granted, this could be an easily overlooked issue, especially when the topic tends to encourage caution induced tunnel vision. At the same time, the lesson from Fort Worth is to make sure items like musician cases aren’t barred from public spaces such as lobbies and main performance halls.

Does your organization maintain a bag policy and if so, does it mention musician instrument cases?