Take Pride in Your Engagement Efforts All Year Round

It’s always interesting to see the various advertising campaigns directed towards the LGBTQ market during the month of June and during pride festivals around the world over the summer. I recently came across a fascinating article from June 22 by Alex Mayyasi in The Atlantic called “How Subarus Came to Be Seen as Cars for Lesbians”, which talked about how the brand began cultivating its gay-friendly image way back in the mid-1990s. And while arts organizations have generally been supportive of the LGBTQ community for longer than their corporate counterparts, it’s still far too easy to fall into the trap of slapping a rainbow on an ad and considering the job done. While it’s lovely that acceptance has come far enough that Skittles can lend out their colours for a month, it takes a little more than (even admittedly clever) “rainbow-washing” to really engage with a group whose defining characteristic is diversity.

Rather than just running a colourful campaign for a month, here are a few ways you can engage with the LGBTQ community in a much more meaningful way:

1. Start in your own workplace

One of the worst things an organization can do is actively market to LGBTQ people while treating its own employees unequally. If your organization doesn’t have non-discrimination policies or equal benefits for same-sex partners (for example), don’t even think about trying to sell yourself to LGBTQ people as welcoming, friendly, safe and fun. This can extend to things like removing gender-based assumptions from your employee dress code. It makes me wonder how many orchestras out there have modified their concert dress code for musicians to be more inclusive. Does anyone know of an example?

I understand that this can all be a bit bewildering if these considerations are outside of your personal experience, so be sure to seek out resources and support from organizations such as PFLAG or Human Rights Campaign if you’re unsure where to begin. A sincere desire to be more inclusive is a great place to start when dealing with the myriad of workplace issues faced by members of the LGBTQ community.

2. Create a safe and inclusive space

The last thing you want is someone feeling uncomfortable in your venue. Putting that rainbow sticker on the box office window is a powerful signal to LGBTQ patrons that they will be treated with respect, but there are considerations beyond your staff’s attitude.

For instance, you may not be able to easily reconfigure your washroom layout, but at the very least have a policy in place to allow access to the restroom of an individual’s gender identity. Another thing you can do, if possible, is to provide single occupancy all-gender washrooms, as an additional option to male/female washrooms for patrons. This has been implemented by some organizations by simply updating signage for accessible washrooms.

Creating a safe space includes how you interact with patrons when they’re not physically at your venue. I recently received a telemarketing call from a hotel chain that ought to know better, inquiring if I usually travel with my wife. While that wasn’t exactly a hate crime, how difficult would it have been to create a script that didn’t assume I’m straight? As another very common example, do your surveys force people to identify as male or female, or do you let them self-identify with an open-ended question? Are you attaching “Mr” or “Ms” pronouns to patron accounts even when they haven’t specifically told you how they’d like to be addressed?

3. Include diversity in more of your marketing materials

Let’s face it, as an industry we still do a pretty poor job of showing images of our audience in marketing materials at all (see Trevor O’Donnell’s blog Marketing the Arts to Death) but when we do, we usually go for that attractive, 30-something man and woman having a drink in the lobby who are seemingly enjoying a hilarious private joke, right? Let’s expand our vision a little bit so that a greater variety of people can see themselves in our marketing collateral. It doesn’t have to be be over-the-top obvious either, as The Atlantic article goes on to explain:

One campaign showed Subaru cars that had license plates that said “Xena LVR” (a reference to Xena: Warrior Princess, a TV show whose female protagonists seemed to be lovers) or “P-TOWN” (a moniker for Provincetown, Massachusetts, a popular LGBT vacation spot). Many ads had taglines with double meanings. “Get Out. And Stay Out” could refer to exploring the outdoors in a Subaru—or coming out as gay. “It’s Not a Choice. It’s the Way We’re Built” could refer to all Subarus coming with all-wheel-drive—or LGBT identity.

Maybe we should stop that whole ‘declining audience’ lament and start expanding who we envision as our audience.

There are a myriad of ways you can support LGBTQ causes, from donating tickets to silent auction fundraisers, to participating in pride parades, to offering a venue to organizers of a queer prom. You can reach out to local Gay-Straight Alliances or the aforementioned PFLAG for some ideas on how you can be a strong, supportive partner of groups all year round.

Embracing diversity and becoming more inclusive can at times be challenging and take real effort, but besides being the right thing to do, the benefits are enormous. So while the next pride month may seem like the distant future, there’s no better time than today to start engaging with the LGBTQ community. 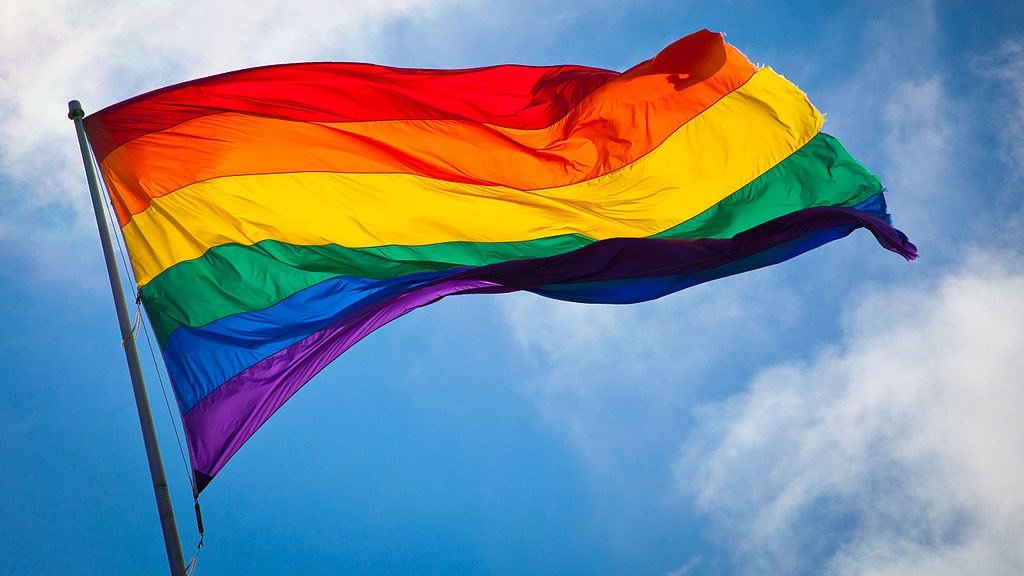