Internet Service Providers (ISPs) are big on promoting how fast your office, home, or cellular connections are. In fact, it’s one of the single most important aspects of their service. But how do you know if you’re getting the connection speeds you’re paying for?

If you have an in-house IT professional or pay a third-party provider, you should confirm they are routinely testing your connection speeds. But if you don’t have the luxury of regular IT support, the good news is testing and tracking results are both simple and quick.

In fact, this is one of the more straightforward IT benchmarks you can track directly using Ookla’s Speedtest.net service (use their beta version if you don’t keep Adobe Flash installed on your browser). Getting started is simple and free: 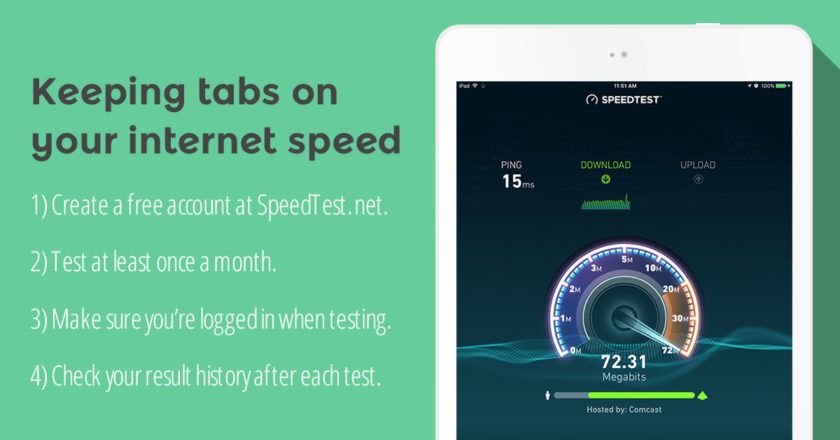 The service has come a long way over the years and for the most part, conducting reliable tests is as simple as selecting the “Begin Test” button on the site’s landing page. Ookla automatically selects a test server near your location, tests the ping connection, then download and upload speeds (definitions). The entire process usually takes less than 30 seconds. If you want more control, you’ll be able to manually select the test server.

If you set up a free account and are logged in while testing, Ookla automatically stores the results in your test history. In turn, this history will be instrumental in helping you track and visualize your connection speeds. 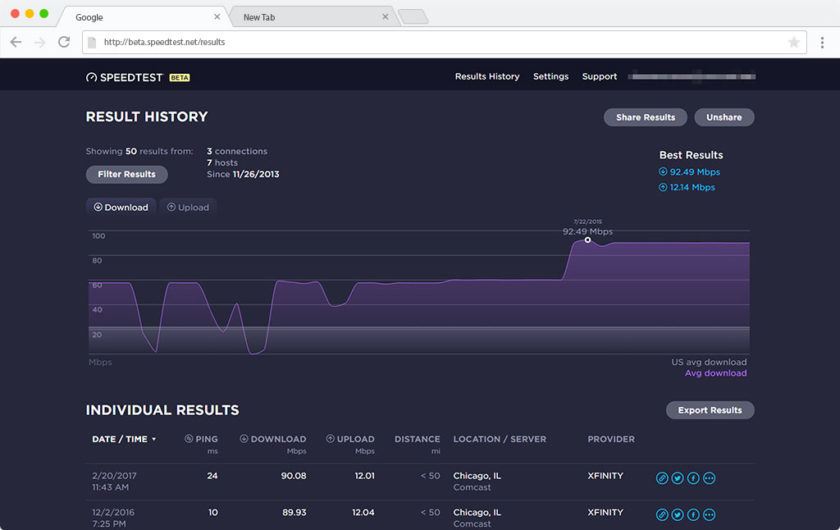 If results indicate your ISP isn’t delivering the speeds you’re paying for, contact them. It isn’t unusual for ISPs to improve speeds without needing an on-site visit but at the very least, the process will determine if a visit is required.

If your connection speeds consistently underperform and the ISP is unable to correct, you may want to consider switching providers.

Should your direct connect speeds be good but wireless is slow, contact the technical support for your router. In some cases, this may also be your ISP but know that it could be a third-party provider.

Although you’re primarily on the lookout for underperforming speeds, don’t be surprised if your speed tests produce higher than advertised results.

For example, through the end of 2015, Comcast used to deliver higher than advertised speeds for my direct network connections via my Chicago office. Toward the beginning of 2016, they formally increased the top end of that plan’s download speed to match what I was seeing the year prior.

You’ll need Ookla’s dedicated apps in order to test connection speeds on Android and Apple mobile devices. One benefit here is those apps will log results separately from your desktop/laptop tests.