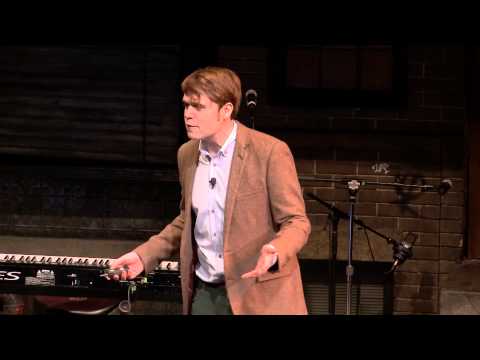 One of my college professors told my class that he started each morning by watching one Ted talk.  Since here in Chattanooga, our summer is a little more relaxed then during the season, I’m taking up his advice and starting each day with a TED talk*.

One of my favorites that I’ve watched this summer was given by New York based Ben Wellington, author of the blog I Quant NY self-proclaimed data storyteller at 2015 TedxBroadway.  His blog is truly a data-geek’s paradise and showcases a variety of stories told using open data shared by the New York City local government, through an Open Data Law signed in 2011.  Open Data from city governments has become a HUGE topic over the past few years.  Google “open data” and 7.59 million results come back.  Yeah, it’s a thing.

Wellington comes at data from an urban planning perspective; think parking tickets, bike accidents.  But, his point is that by showing and sharing your data, you can tell a story and, most important, can have an impact.

Arts organizations have lots of data. LOTS of data; numbers of tickets bought on a phone; educational expenses over 10 years; amount of ticket stock bought in the last three seasons.  Each datum point tells a story and lots of data tell the story of a particular production or of an entire season.  Individually, they may not be interesting, but together, they tell the story of your organization.

His ideas on how to be use your data to tell a better story:

*Ted talks are short presentations (less than 18 minutes) that focus on one idea.  They’ve been presented by thousands of speakers on topics from ‘activism’ to ‘youth’ and everything in between.  Originally, the talks were presented at a conference combining experts from Technology, Entertainment, and Design (TED) in 1984; since then independent TEDx talks have been presented across the country and around the world.