Rarely do I encounter a web client that doesn’t want some sort of popup to capture email addresses, push an advertisement, or serve up some sort of call to action. Often, the need is genuine but how they envision implementation often risks hurting their search ranking. Here’s what you need to know in order to get past that learning hurdle.

Traditional popups tend to force web visitors to interact with the popup before they can begin to interact with site content by either completing the conversion goal or clicking past. In web design, this is called an interstitial page and Google has been cracking down on groups that force identical versions across both desktop and mobile website versions.

Although interstitial is a super cool piece of geek-speak, we’ll just refer to them here in general as popups. 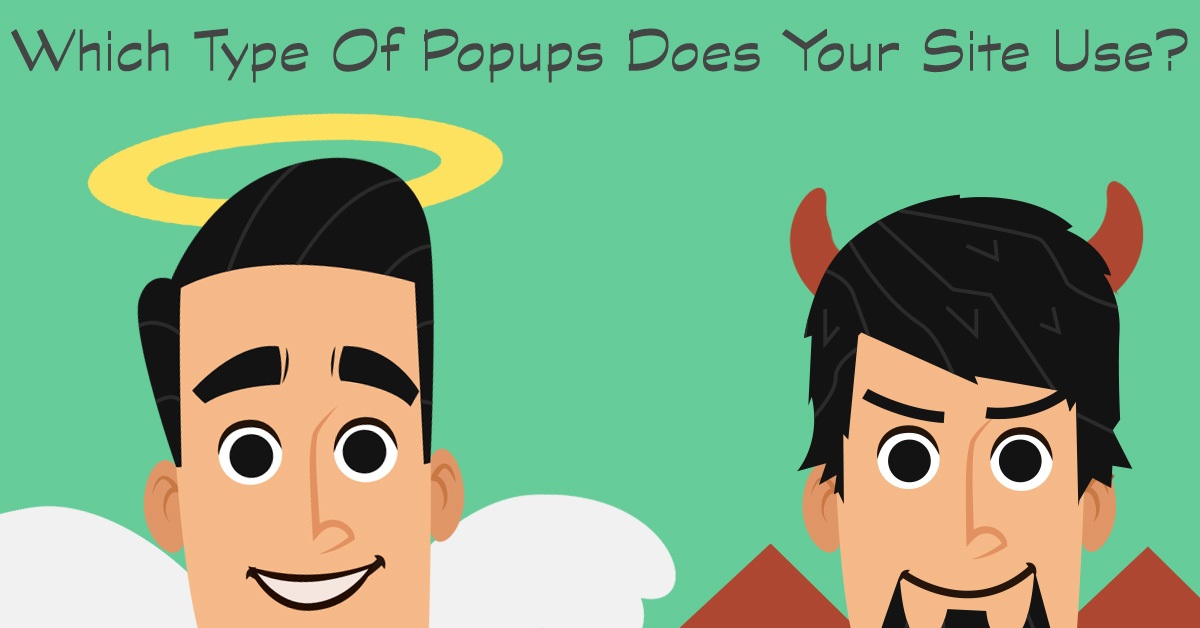 By cracking down, I mean Google has been assigning an intrusive interstitial search rank penalty. It can be a steep enough slap on the wrist that your organization will end up noticeably lower on search results if you utilize a popup that interferes with Google’s recommended mobile user experience guidelines.

SmashingMagazine.com published an article on 5/9/2017 by digital strategist Myriam Jessier that goes into all kinds of useful detail about how you properly approach designing popups that comply with Google’s standards and avoid any penalties.

I highly recommend you take the time to read that article but if you only have time for executive summary bullet points, here you go:

Here are some of the conditions that garner Google’s penalty:

Google even provides handy mockups of what each no-no looks like: 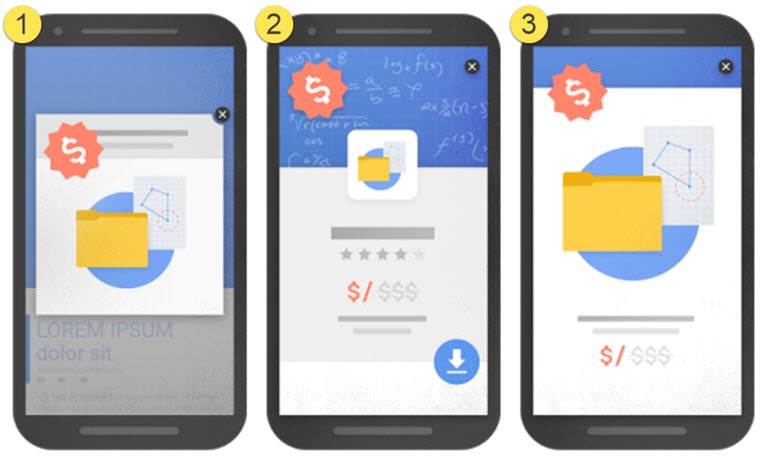 Fortunately, popups can be used on mobile devices in a way that avoids any penalties, here’s how Google explains recommended techniques:

By contrast, here are some examples of techniques that, used responsibly, would not be affected by the new signal: 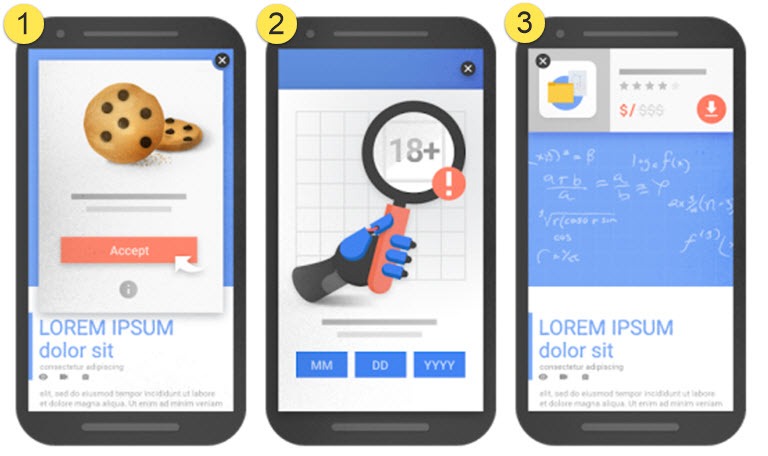 Jessier’s Smashing Magazine article does a good job examining some pieces of website functionality that could be trigger Google’s penalty but there’s no clear indication if that’s the case. For instance

The company’s definition of what constitutes an intrusive interstitial is not clearcut. Many elements are not addressed, such as:

In the end, one sure fire thing you want to avoid is forcing the exact same popup across both desktop and mobile devices. Since Google is constantly refining these guidelines it isn’t an item you can set to fire-and-forget. Instead, you really need to check in with your web developer and/or Google’s webmaster blog for the latest developments.

In the meantime, be sure you check out any page on your website that uses a popup to see if it passes Google’s mobile-friendly smell test.