In international trade, having a most favored nation agreement means that your country will receive trade terms on par with the most favorable terms offered to another country.

When it comes to performing arts the term is applied in a similar manner. The term Most Favored Nation (MFN) appears most frequently in connection with performance rights for songs.

“When you see that a deal point is treated on a Most Favored Nations basis, it means that No other deal (of its kind) will contain more favorable terms than the one in question, and if any other deal DOES include more favorable terms, then all such deals will be “upgraded” to those better terms. Essentially, parties are hedging their bets that someone else could negotiate a better deal, and everybody would benefit.” 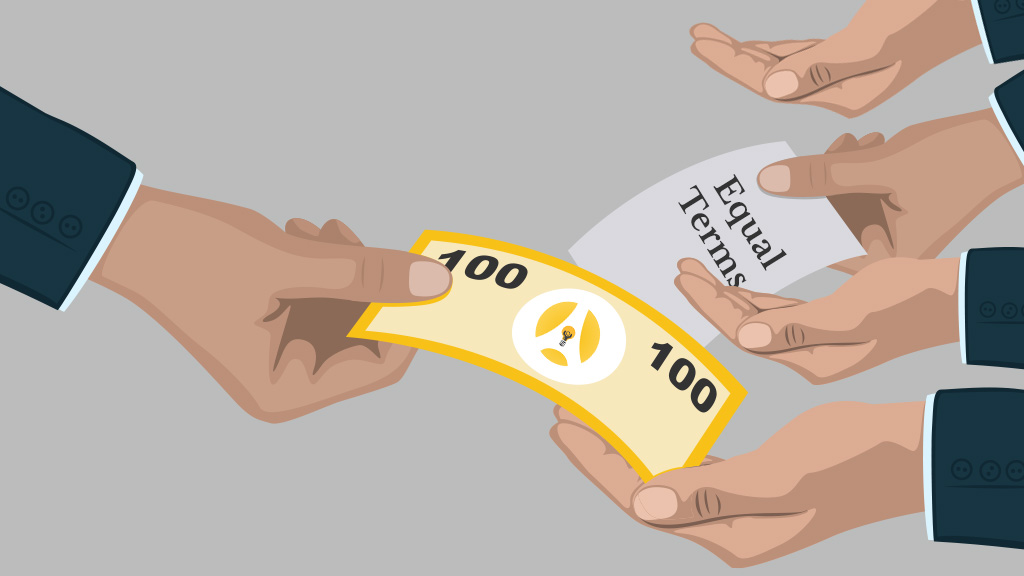 This is an important status of which to be aware. Way back when I was doing my arts administration internship, I was assigned with researching who held the rights to certain songs and contacting them to find out how much the rights would be. When I presented the total cost, everyone was happy because it came in under budget.

Then the managing director looked at the contracts and pointed out that due to the MFN clauses all the songs that were $85-$100 a performance would actually be $150 since that was the highest price quoted for one of the songs. I had to go back and ask if some of the rights holders would accept less than they originally quoted. (I made those numbers up by the way.)

More importantly, many contracts have most favored nations language but never use that phrase at all. For example, a contract may stipulate that a performer be listed no less equally than another in advertising. The same may hold true for dressing rooms, hotel rooms and other hospitality arrangements.

Sponsors may require the same consideration as part of their sponsorship arrangements. If someone who sponsoring in the same bracket as they are gets better treatment, they must receive the same treatment. You need to pay attention if the committee/staff soliciting sponsorships is taking a flexible approach category parameters in order to secure a sponsorship.

It is one thing to promise a larger font or logo size when listing a sponsor, but it can get costly if promising tickets to one company to land their sponsorship means you have to provide the same benefit to others by virtue of an equal treatment clause.

1 thought on “Most Favored Nation (or Give It To Them, Gotta Give It To Me, Too)”